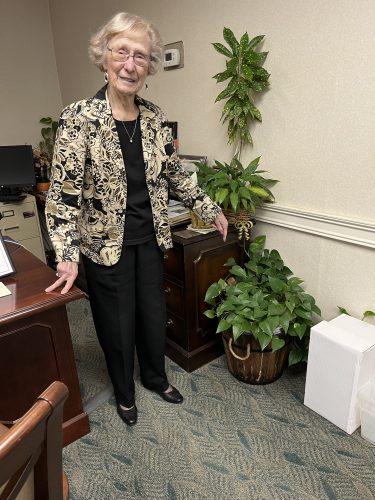 On Tuesday, Ayers was feted with cake and goodies for her 78th anniversary with the bank.

Ayers started at the bank shortly after graduating from high school in 1944, but she said the time has flown by and she still has no plans to retire anytime soon.

“I told them one time that I wanted to tell them something, and they said, ‘Are you going to retire Margaret?’ and I said, ‘Hell no!’ that’s the words I used and I said, ‘I’m going to work until I’m 103 and then I’ll let you know how much longer,” Ayers said Tuesday.

The widow of the late Lavonia mayor Herman Ayers, Ayers works as an Accounts Payable clerk and is the Bank’s official public relations person. 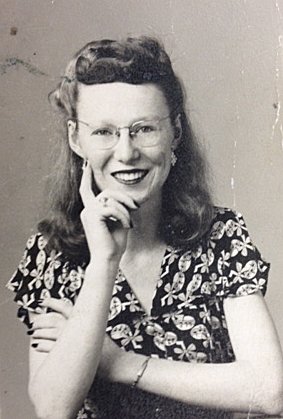 She says she enjoys meeting and speaking with the customers who come into the bank every day.

Throughout the day, Tuesday, people dropped in to wish Ayers well and congratulate her on her achievement.

In addition to her work, Margaret Ayers remains active in the community in a number of different organizations including, the Lavonia Women’s Club, the Lions Club, the Lavonia Historical Society, and the Lavonia Garden Club to name a few.

But others have long recognized her spirit and commitment to the community.

For years, the Toccoa Clinic, which has offices in Lavonia holds its annual Margaret Ayers Citizen Volunteer of the Year award in her honor to recognize those in the community who reflect her spirit of volunteerism.

Ayers is also the author and co-author of several books on the history of Lavonia.