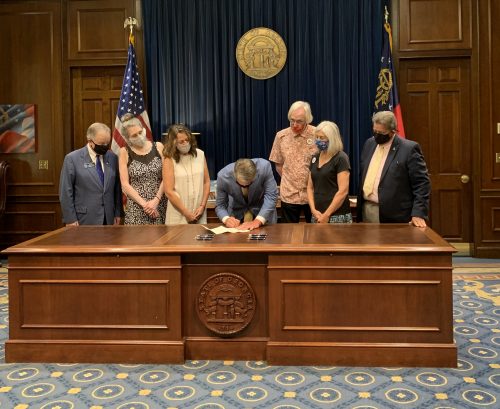 After a year of petitions, protests and complaints to county leaders, the burning of creosote coated railroad ties to generate power is now illegal in Georgia.

This afternoon, Governor Brian Kemp signed House Bill 857, which passed unanimously in the Senate in June.

“We’re thrilled. We are over the moon,” said Madison Clean Power Coalition member Gina Ward Tuesday. “It was a lot of hard work. Drago and Ruth Ann talked with a representative from National Salvage today and they are moving out.”

National Salvage has been the sole supplier of railroad ties to Georgia Renewable Power plants in Colbert and Carnesville.

Georgia Renewable Power began chipping and burning the railroad ties at their Madison and Franklin County plants once their plants went online earlier this year but complaints about the two facilities began last year.

Citizens said they were not going to stop coming before the Franklin County Board of Commissioners until something is done to relieve the issues they claim are depriving them of the peaceful enjoyment of their homes and property. 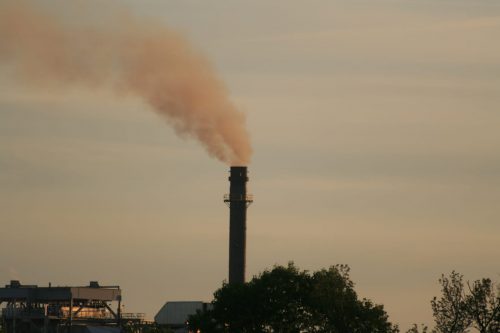 Then last October, a fire in one of the railroad tie wood chip piles caught fire at the Carnesville plant. That caused water to put out the fire to spill into nearby Indian Creek, killing the fish.

In December, the Franklin County Commission took emergency action citing GRP under the County’s nuisance ordinance, but it wasn’t enough to get them to stop operations.

After that, citizens in both counties organized forming the Franklin County GRP Fallout Group and the Madison  Clean Power Coalition who lobbied local and State government for relief.

Both groups held regular meetings, bringing in experts on environmental hazards and the dangers of creosote and other carcinogens used to coat railroad ties.

Then in early February, Rep. Alan Powell introduced HB857 that would ban the burning of chipped railroad ties or any creosote or naphthalene-coated wood products for the purpose of generating power.

The bill passed unanimously in the House in March just before the COVID-19 pandemic shut the General Assembly down until mid-June.

That began a push by both groups to lobby lawmakers in Atlanta to pass the bill by sending out letters, testimonials, and scientific information on how the burning of railroad ties was not only damaging the environment but also their health.

On June 25th, the also passed in the State Senate.

Under the terms of the bill, the measure would not become law until signed by the Governor. That happened in Atlanta today.

“It was an uphill battle,” Powell told WLHR News Tuesday afternoon. “We had to fight railroad companies and other interested parties, but we got it through.”

Powell said the ban will take effect immediately and all burning of creosote-coated railroad ties at both Georgia Renewable Power plants must stop.

He said if it doesn’t, they will be cited by the Georgia Environmental Protection Division and shut down.