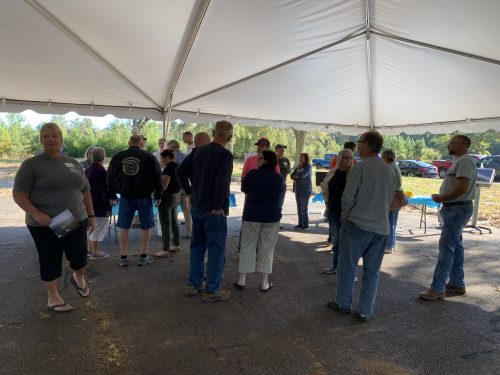 People living near the site of a proposed rock quarry in Lavonia had a chance Tuesday evening to meet with officials from Vulcan Materials, the company planning to put the quarry on 250 acres in Lavonia where the old Milliken plant once stood.

Most who attended the event on Highway 59 told WLHR News they are very concerned about the plan and are worried mainly about the truck traffic and the noise.

Jimmy Flemming, VP of Permitting and External Affairs for Vulcan Materials said the Company has not yet filed for any permits or submitted any rezoning applications.

He said the meet and greet was the first step towards allaying the concerns of those who will be living near the quarry.  Flemming said most of the concerns they were hearing Tuesday had to do with noise. 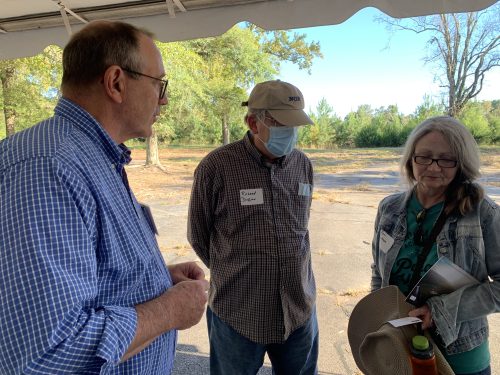 Flemming speaks with couple regarding the proposed quarry

However, others who attended the meet and greet said they were told blasting would occur about once a week.

Flemming said they plan to put up large barriers with trees at the front of the property and on the side to mitigate the noise from the blasts.

So far, Vulcan has not gone through any formal permitting process with the County and Flemming said he did not know when that process would begin.

He did say the Company is willing to hold more meetings with the public to discuss their concerns before proceeding further.