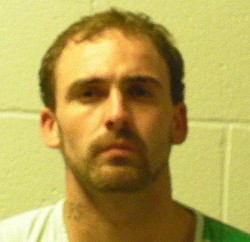 A Toccoa couple is behind bars in Stephens County charged in a string of church burglaries, including two in Franklin County.

Thomas said deputies discovered the church had been broken into and a number of items taken.  Soon after Thomas said, 911 received another call regarding a second church burglary and vandalizm at King’s Branch Baptist Church on Hwy 198 near the Banks County line.

In both cases, Franklin County Sheriff’s investigators found numerous items had been stolen.  Thomas said evidence collected at both scenes led investigators to place a look out for a gold Chevy Blazer SUV.

“A short time after the lookout was placed to area law enforcement, Stephens County deputies spotted the vehicle and pulled it over,” Thomas said. “They arrested Joshua Spearman, 23 and Meagan Spearman, age 22. They were transported to the Stephens County Detention Center.” 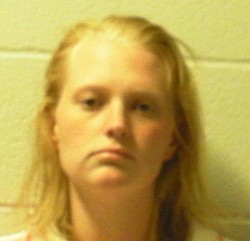 Thomas said Stephens County Sheriff’s deputies found some of the stolen property inside the Spearman’s SUV.  Other stolen items Thomas said were recovered by his deputies as well.

Both Joshua and Megan Spearman are each charged in Franklin County with two counts of burglary and two counts of vandalism to a place of worship.

In Stephens County, the Spearmans are charged with two counts of burglary, one count of entering auto, and one count of obstruction of law enforcement officers.

They remain in the Stephens County Detention Center with a hold on them for Franklin County.