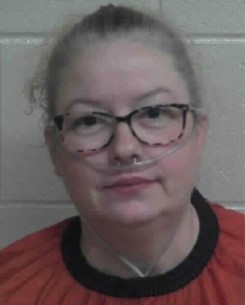 And a third person arrested for felony animal cruelty in Hartwell has been indicted on eight counts of felony cruelty to animals.

Angela Carnes Whitfield was arrested in May and indicted later that month.

Hartwell Assistant Police Chief Stan Sayer says Bryant was arrested for knowing about the cruelty but doing nothing about it.

They were both indicted on March 2.

According to Sayer, a visit to the home occupied by the Whitfields on December 29,, 2020, revealed a horrific situation.

Found inside the home were two dead adolescent dogs whose bodies were badly decomposing. Those dogs had died from starvation.

Another adolescent dog was found starving, forty pounds underweight and in a hunched position from having been kept in a crate for extended periods of time.

After being taken in by Hart County Animal Rescue, the dog underwent months of medical treatment was eventually adopted.

One of those cats had ulcers on its eyes multiple requiring surgeries and is still in foster care.

There were two small dogs found covered in urine and feces with extremely matted fur. They have recovered and were adopted.

All of the defendants are out on bond awaiting trial.