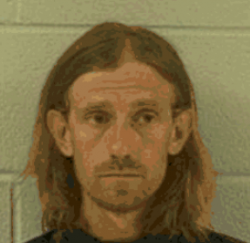 After nearly four years, the Elbert County Sheriff’s Office has recovered an item from the Georgia Guidestones reported stolen.

The item in question, a small cube of granite taken from the top of the stones, was recovered after deputies noticed three individuals on the surveillance cameras that monitor the land mark.

“Deputies got a call to go out there, and there was a gentleman there from Alabama that had the piece of granite that was taken almost four years ago”, said Investigator Darren Scarborough with the Elbert County Sheriff’s Office. “Told the officers that he had it, and he had been out there in 2009 and took the small piece of granite off.” 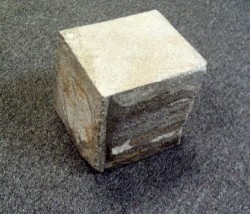 This granite cube was stolen from the top of Elbert County Guidestones on 9/11/2009.

The “piece” in question.

Two other men, who remain unidentified, accompanied Ellis; the only known information on the two men is that they were from Florida.

Scarborough says the whole incident has the sheriff’s office scratching their heads a little bit.

“We don’t know what their intentions were with the piece of granite or why they were back out there late Friday night/early Saturday morning”, said Scarborough. “We have talked to the gentleman, who is in charge of the guidestones, and we have the piece of granite back, but we are not sure what will be done with it.”

Ellis is charged with Felony Theft by Taking, Interference with Government Property, and 2nd Degree Criminal Damage to Property.

Bond was set at $5,000. Ellis remains in custody at the Elbert County Detention Center.