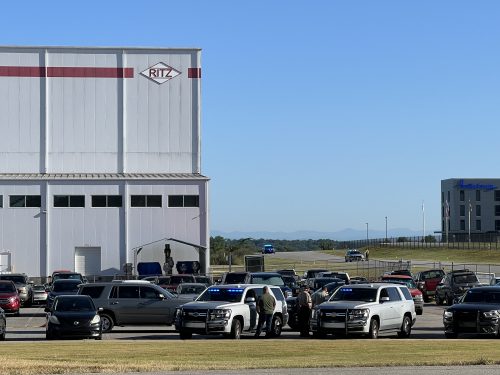 Another threat to the RitzUSA plant in Hart County.

On Monday, the Company went into lockdown after Hart County Sheriff Mike Cleveland said the plant had received a threat via the Internet that someone was planning to come there and start shooting.

Multiple law enforcement agencies descended on the plant Monday morning and stayed through noon after it was determined the threat had no merit.

Then Wednesday morning, it happened again.

This time, Cleveland told WLHR News that plant officials received a call from an untraceable phone number early Wednesday telling them someone was going to come to the plant in the Gateway II Industrial park and start shooting.

Again, Hart County Sheriff’s deputies, the Georgia State Patrol, which is across the road from Ritz, and other agencies swarmed the plant which again went into lockdown.

However, by noon Wednesday, the lockdown was lifted and those employees waiting outside were allowed in.

Only one Hart County Sheriff’s deputy was left on patrol at the plant.

Cleveland said they are still trying to determine who sent the threats.