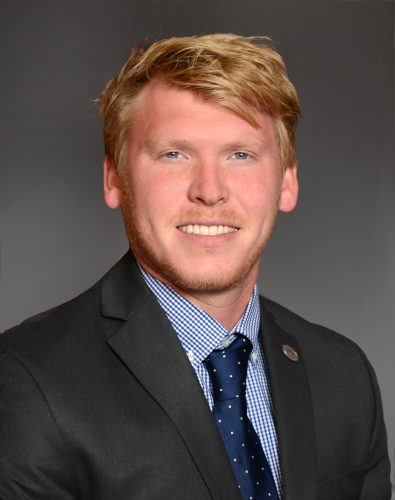 Another Republican is running to fill the U.S. House of Representatives 9th District seat.

State Representative Matt Gurtler of Tiger announced Wednesday on Twitter that intends to run for the seat now held by Congressman Doug Collins.

Collins is running for the U.S. Senate Seat in Georgia now held by Kemp-appointed Kelly Loeffler.

Gurtler is a member of the State House Agriculture & Consumer Affairs Committee, the Interstate Cooperation Committee, and the Small Business Development Committee.

Gurtler was first elected to the House of Representatives in 2016.

He represents the citizens of House District 8, which includes portions of Rabun, Towns, Union and White counties.

According to his listed biography, Gurler is from Rabun County and, attended the University of North Georgia (UNG) in Dahlonega, where he participated in R.O.T.C. and received his B.A. in history with a minor in sociology.

After graduating from UNG in 2012, he began working as a legislative aide for State
Representative Stephen Allison (R-Blairsville) during the Georgia General Assembly’s 40-
day legislative session.

Gurtler has been a member of the Republican Party since 2007 and has participated in multiple counties, district and state conventions, and he has volunteered in campaigns on the federal, state and local levels.

He is running against State Senator John Wilkinson and State Representative Kevin Tanner.