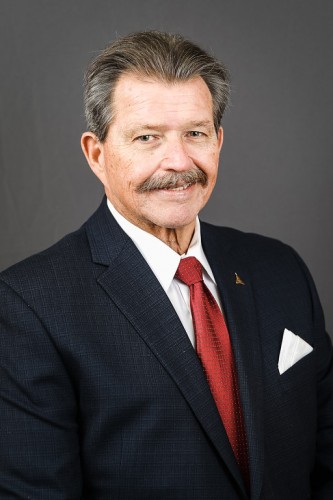 Powell said he and other local state lawmakers are concerned about the GRP plants and the creosote-coated railroad ties being burned to generate power.

“I can tell you that Senator Wilkinson, Representative McCall, and myself have met and we’ve talked about it. I’ve been up to Double Churches and the Bold Springs area and I’ve talked to constituents,” Powell said. “I know their concerns. There’s other things that have come up. We understand that the management of these companies have been involved in litigation with investors. So saying all that I think there’s going to have to be some serious scrutiny.”

Speaking on Community Forum Sunday, Powell says he, along with many others in the State Legislature were not aware that it is now legal to burn creosote-coated cross ties.

Franklin County Commissioner Eddie Wester pointed out last week the County has no way of knowing if GRP is abiding by the EPD limit of only burning 20% of creosote-coated cross ties.

“I understand what they’re saying. They’re doing it by the bucket on the tractor, but to me that’s not a proper way of measuring it and managing it. We don’t know if 20% a year is all that’s coming into our County as far as the creosote cross ties,” Wester said last week.

Powell said he has the same questions.

“Georgia EPD only allows 20%. So I’m curious about how that’s audited and monitored regarding what these plants are doing. I quite frankly have concerns about the burning of creosote because of potential health hazards that we may or may not know about,” Powell said.

Powell said he believes GRP was not forthcoming about their plan to burn railroad ties when they first pitched the idea of the plant to Franklin County back in 2015.

At that time, GRP’s parent company, GreenFuels Holding, LLC told the Franklin County Commission the plant would only be burning wood chips.

So convincing were they, that County Commission Chair Thomas Bridges was quoted as saying those who harvest timber would have a place to bring their wood debris to be turned into electric power. (Alabama Company Planning Wood Biomass Plants in Carnesville, Colbert)

Powell said he’s been approached about submitting legislation barring creosote burning, but he says it would likely be an uphill battle.

“It’s going to take more than Senator Wilkinson and myself,” Powell noted. “It takes 91% plus one in the House and it takes 27 votes plus one to pass a bill in the Senate. And then the Governor has to sign it or veto it. That being said, how many others are concerned about creosote burning? If they don’t have it going on in their backyard, most of them don’t care.  However, I guarantee you that both GRP plants are the number one priority of the Georgia EPD.”