Lavonia Police Gear Up for Annual Lavonia Night Out Against Crime 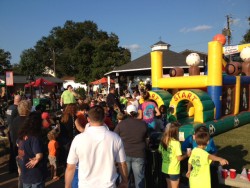 Lavonia Police hold their annual National Night Out Against Crime downtown every year.

In their ongoing effort to improve community relations Lavonia Police will be reaching out to the community next month when they sponsor their annual Lavonia Night Out.

This year’s event takes place the first Thursday in October at the Gazebo on Main St. downtown from 5p – 8p.

Lavonia Night Out is based on the National Night Out Against Crime, a crime and drug prevention event sponsored by the National Association of Town Hall Watch.

“Lavonia’s Night Out Against Crime will be Thursday, October 3,” he said. “Again, we’re really excited to present this community policing effort in conjunction with the Lavoia Lions Club. So, mark that on your calendar and come out and join us for an evening of fun and entertainment.”

This is the 18th year Lavonia Police have offered the free evening block party, which is designed to build bridges between law enforcement and the community.

Carlisle said Lavonia Night Out gives people in the community a chance to get to know his officers as people.

As in past years, Carlisle said they have lots of fun things planned for the kids as well as good food and entertainment. 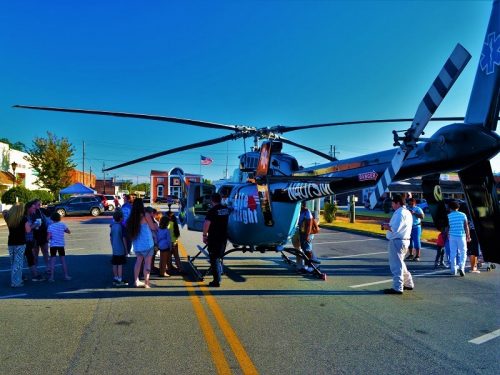 “This year will be pretty much will be as in years past; free food and entertainment. This year entertainment will be provided by Tony Tiger. He plays a wide array of music; from Gospel to R&B to old rock n’ roll. The Georgia State Patrol will have their helicopter here. The Bloodmobile will be here. So, we invite everyone to come out from 5p to 8p.”

According to Carlisle, the annual block party has been successful in helping people in Lavonia learn to trust his officers.

Carlisle said his department spends a lot of time doing undercover work and make a good many arrests based on the tips and cooperation they receive from citizens.

Lavonia Night Out is free and open to the public.

Wine, Cheese, and a Little Jazz

“A Journey To Jesus” Prayer Walk