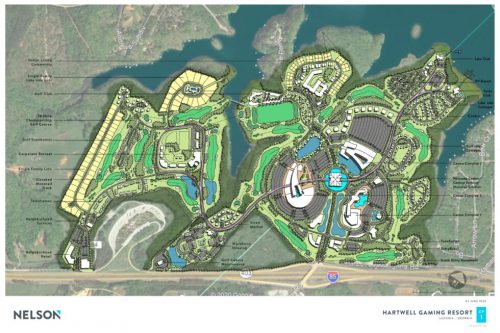 Supporters of legalizing casino gambling in Georgia are pushing to pass a House Resolution that would allow a limited number of casino resorts in the State and Lavonia is one of the locations being considered by an Atlanta developer.

Rick Lackey, the founder of Atlanta-based City Commercial Real Estate recently released renderings of three proposed casino resorts around the state, and one of those sites is in Lavonia on Lake Hartwell. 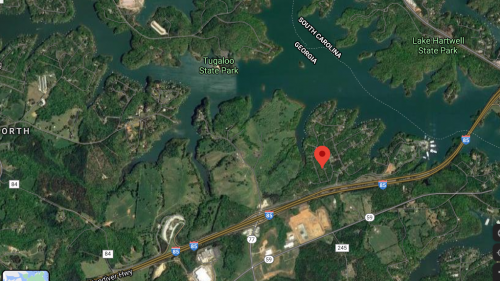 Lackey is pushing to build casinos not only in Lavonia but also in Columbus on the Chattahoochee River and on I-95 in Midway, south of Savannah, according to a report in Capitol Beat News.

Besides casinos, the resorts would include luxury hotels, entertainment venues, and retail shopping.

In Lavonia, Lackey’s company already has a 500-acre site along Lake Hartwell under a lease agreement.

State Representative Alan Powell is quoted in the Capitol Beat article as saying it would be a perfect place.

State Rep. Ron Stephens, R-Savannah is the chief sponsor of House Resolution 30, which would ask voters to authorize a limited number of casino resorts in Georgia, and Powell is one of the co-sponsors.

If two-thirds of the state House and Senate vote for the constitutional change, it would land on the statewide ballot in November of next year.

Powell said the casino measure should be combined with legislative proposals to legalize sports betting and pari-mutuel betting on horse racing into one giant constitutional amendment.

However, Governor Brian Kemp is not a fan of legalizing gambling in Georgia, according to the report, and could veto anything that comes out of the General Assembly as a standalone bill.

Constitutional amendments, however, bypass the governor and go directly to the voters.

For Stephens and other supporters, the need to prop up the HOPE scholarship program provides a powerful argument for legalizing casinos.

Stephens said another advantage to the legislation is that casinos would not be able to set up shop where they’re not wanted.

However, citizens would have to ask for it before it’s even considered, he said.

If voters statewide approve the constitutional amendment, a second local vote would be required to build a casino in a city or county, the same requirement the General Assembly imposed on Sunday sales of alcohol 10 years ago.

Supporters of legalized gambling have already gotten off to a head start in selling Lavonia, Columbus, and Midway on casinos.

The report says City councils in all three communities have endorsed putting resort casinos in their towns.

The full Capitol Beat News report can be read here

House Resolution 30 can be read here.