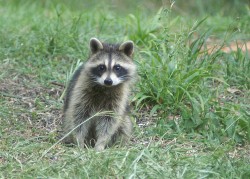 Franklin County has had a second confirmed case of rabies in as many weeks.

“On January 8th a raccoon in the area of downtown Carnesville was captured and killed and returned positive for rabies,” Korff said. “Rabies can be transmitted to domestic animals and people and is always fatal in humans if not treated in time. If you know of any person or pet who may have come in contact with this animal, please call me at Environmental Health at 706-918-3185.”

Raccoons, skunks, and fox are basically cute animals that typically only come out at night and the temptation might be to put food out for them at night on your back deck or porch.

But Korff said because those animals carry the rabies virus in Georgia, they are potentially dangerous.

“That is one of the problems. We have good-hearted people doing things they think are helpful, but are actually very dangerous and that is, putting scraps of food out for wild animals or leaving their pet’s food outside,” Korff explained. “These furry creatures may look cuddly or friendly, but they’re actually very dangerous. Absolutely do not feed or attempt to touch any wild animal.”

And though we’ve mentioned before the signs of rabies in animals, wild or domestic, it 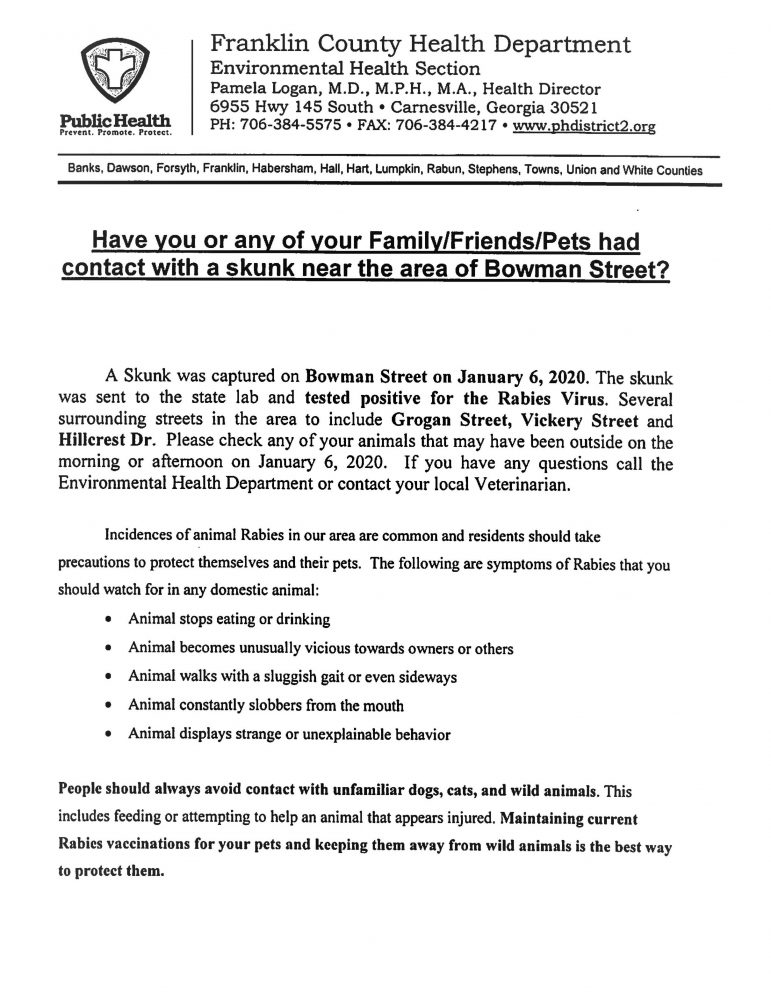 bears repeating – especially since there have been two confirmed cases in the past two weeks.

“If they become unusually vicious towards humans or other animals, that’s a sign. Another sign is the animal walking with a sluggish gate or walking sideways is a sign. During the latter stages of the disease you’ll see that slobbering or foaming at mouth,” he explained.

In the case of a pet, the first sign of rabies is not eating or drinking and sluggishness.

“If your animal demonstrates any kind of strange behavior you want to contact me or your veterinarian. It is imperative that you contain that animal. This is key. If the animal is acting strange, contain it. Let me come and look at it. Let the professionals handle it. And never, ever try to contain a wild animal. Just walk the other way.”

Earlier last week, a rabid skunk tangled with dogs at a residence on Bowman St. in Lavonia.

Korff has printed up flyers listing the symptoms of rabies to look for in wild or domestic animals.

If you would like a copy of that flyer, you can contact Korff at the Franklin County Health Department at 706-384-3185.

And if you spot a wild or domestic animal you think might have rabies, do not go near it but call 911.