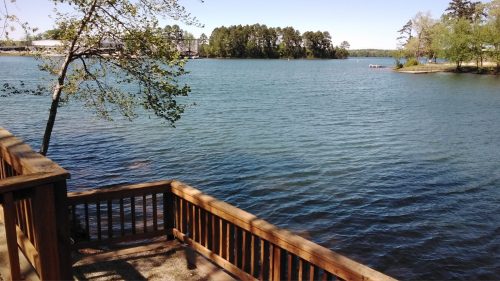 Kampgrounds of America welcomed Barry Stern, owner of the new Hartwell Lakeside KOA Holiday to the KOA Family of Campgrounds.

KOA made the announcement in a press release Monday.

The new KOA campground is located at the former Hart State Park on the Lake Hartwell Reservoir. Campers have access to the campground beach, boat ramp, and courtesy docks on the lake.

This is not the first KOA campground for Stern, who founded Ft. Pierce KOA, before selling it in 2017.

“Hartwell was a project I started working on five years ago, but finally became official in March of 2020,” Stern says. “This is a brand-new campground. It’s beautiful. We have more than 60 waterfront sites. We’ll have about 122 sites when we’re finished. We’ve added six, new Nomadic Teepees. They created the Teepees for the Dances With Wolves movie. They’re all themed. We also put in five waterfront Deluxe Cabins.”

Stern says the campground sits on what used to be Army Corps land.

Since work began in earnest last year, Stern has renovated two bathhouses and built a registration office. Aside from RV Sites and Cabins, they also have Tent Sites with electric and water hookups.

“Nathan Buffington is my general manager. He’s really made this go. We have a wonderful staff, and that’s thanks to him. He’s the one that really hired everybody,” Stern says.

Lake Hartwell Reservoir has 962 miles of shoreline and 56,000 acres of water. Campers can swim, fish, boat, kayak, or paddleboard. The campground also offers scenic hiking and biking trails throughout, with views of nature and the lake shoreline.

The Hartwell Lakeside KOA Holiday is one of more than 525 open-to-the-public KOA campgrounds in the U.S. and Canada.

Other brands in the KOA Family of Campgrounds include KOA Journeys, convenient locations after a long day on the road that features long Pull-thru RV sites and easy after-hours check-in; and KOA Resorts, which include an abundance of activities led by dedicated recreation staff, on-site food service, group meeting space and more.

For more information, including any changes to operating procedures and available amenities in light of COVID-19, please visit www.koa.com or call 706-376-1340. Reservations are available by going online, using the KOA App, or by calling 888-562-8821.