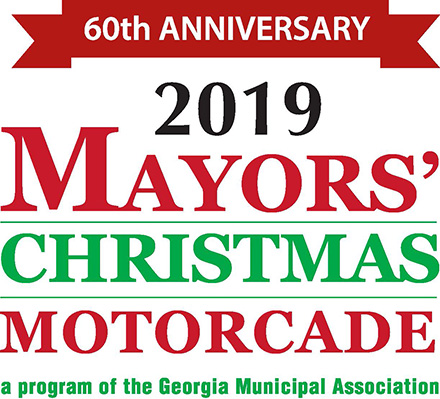 There’s still time to donate to the annual Mayor’s Christmas Motorcade is underway across the state, and as they do every year, both the City of Lavonia and the City of Royston are participating.

The deadline to donate items is Monday, cDecember 10th .

Sponsored by the Georgia Municipal Association, this is the 60th year municipalities across the State will be donating gifts for the residents of State homes at Christmas.

The Mayors’ Christmas Motorcade began in 1959 after Betty Vandiver, the wife of then Lavonia native, Governor Ernest Vandiver, visited one of Georgia’s mental health institutions.

The former first lady was so distraught and saddened by what she saw, she and Atlanta Journal columnist Celestine Sibley began a campaign to gather gifts for the residents of the State hospitals as a way of providing holiday cheer for the patients, many of whom, had no family.

There are currently five regional mental health hospitals in the state, serving some 3,200 Georgians, and the staff at these hospitals have told us many of their residents have little or no contact with family members.

Lavonia and Royston send Christmas gifts to the residents of the Atlanta Regional State hospital in Atlanta. Lavonia City Clerk Angie Greer says they are accepting all kinds of gifts.

“We have a list of gifts that can be obtained at City Hall and at the Train Depot,” Greer said. “They can bringAngie Greer trt: oc: metal zippers clothing. They’re asking for medium to 4XL for women and medium to 3XL for men. They can bring games, drawing pads, playing cards, puzzles, word searches, watches but they can’t be metal, and wallets but no metal zippers.”ther gift items can be toiletries, radios with no antenna’s, G or PG-rated movies, snack items such as individually wrapped candy, but not chewing gum.

You can also donate gift wrapping, such as ribbon, bows, gift bags and gift tissue paper, but not rolls of wrapping paper.

Greer said a list of approved gift items is available at both the Lavonia and Royston City Halls.

Again, the items will be delivered to the State hospital on Wednesday, December 11 so all gifts and wrapping must be at City Hall by December 10.