A Townville, South Carolina man was arrested after attempting to flee from a traffic stop in Hart County on Monday. 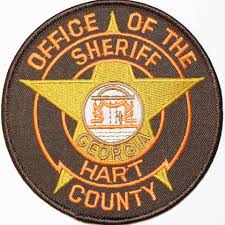 At this time the deputy notified dispatch to alert the Hartwell Police Department for assistance in stopping the subject.

An officer stated he was at the intersection of Anderson Highway and Old 29, then radioed that the subject had turned on Old 29 and was continuing to flee. A short time later the officer said that he had lost the subject.

Law enforcement continued to search the area for the motorcyclist. After a few moments, dispatch told the searchers that someone had called and reported a motorcycle in the woods at Long Point.

One of the officers located the motorcycle, a Yamaha YZ 1000, laying on its side in the woods.

The deputy who initiated the chase then arrived and was about to begin to search for the rider with his K-9 officer, Chuck, when he was notified another officer had made contact with a shirtless subject walking at the boat ramp.

At this time the deputy then notified the searchers the subject had fled on foot and had entered the water about chest deep in an attempt to escape deputies. Deputies ordered the subject to come ashore and after a few minutes, he relented.

Due to his actions, EMS was called to the scene to clear the subject, who was then taken into custody.