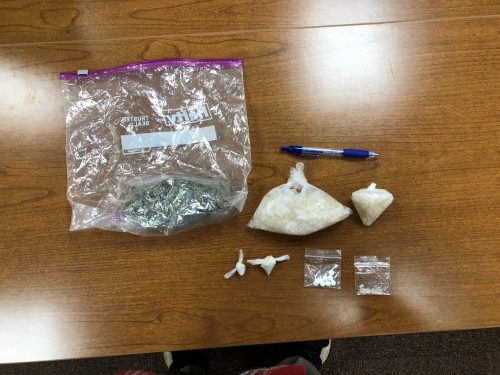 A Jackson County woman is charged with trafficking methamphetamine after an investigation by the Appalachian Regional Drug Enforcement Office.

Agent in charge Trent Hillsman tells WLHR News one of his agents received information pertaining to illegal narcotics being sold at a residence in Nicholson, Jackson County.

The agent had received citizen complaints in the past about the residence.

Located at the address was Cachet Nicole Roberts, 31 years old.

Roberts was arrested and taken to the Jackson County jail without incident.

Roberts was charged with Trafficking Methamphetamine and Possession of Heroin.

The investigation is still active and ongoing.

ARDEO encourages citizens to report any suspicious drug activity via Facebook IM (@AppalachianRDEO) or at 706-348-7410 or contact your local Sheriff’s Office or Police Department.