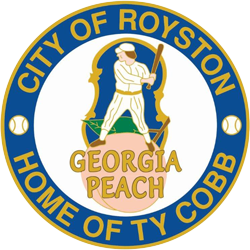 According to a proposed fee schedule he shared with council members, the monthly fee for a residential container would go up a mere 45 cents. A once-weekly commercial container fee would only go up just 58 cents per month.

If adopted, fees will go up by three percent.

Andrews said it has been a while since customers saw an increase.

“I did discuss with the street and sanitation committee, and this is just one part of two parts, something we need to be looking at for the next year on the sanitation side. We’ve made one amendment to our budget this entire year. One amendment, which I think is a testament on how we are managing our funds that are available to the departments. Also, we have not had a fee increase, nor have we had any kind of fee schedule in place other than what we’ve gone by since 2014,” said Andrews.

The city of Royston does not contract for trash pickup as many cities now do. The service is provided in-house.

“What we’re looking at is a proposed increase across the board because the containers, and what we’re trying to provide the community with receptacles and service that is reputable to what we want to represent. We want to make sure we’ve got good containers for all of our customers. Nothing is pouring out all over the ground as it was when I first came here. We have made a big stride in that effort to make sure our customers have good quality to keep our sanitation program on track so that it’s within the guidelines of the EPD and our own guidelines for keeping our city clean,” said Andrews.

Andrews said the city had been contacted a number of times about contracting trash service to a private company but he said this was not the time to consider a move like that.

There was very little discussion by council members and no vote was taken or expected at this meeting.