GSP and DNR teaming up for Belts & Bouys tour

The Governor’s Office of Highway Safety, Georgia State Patrol and Georgia Department of Natural Resources are urging everyone to put safety first by clicking their seat belts and life vests when traveling on the road or on the water. 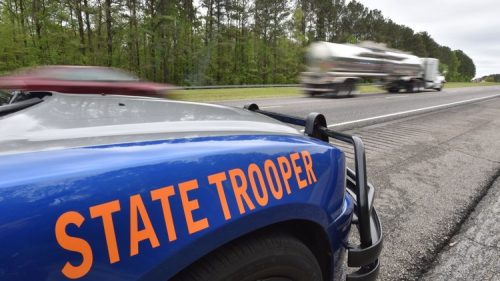 The three agencies are once again teaming up for the annual “Belts & Buoys” tour which takes place prior to the start of the Memorial Day holiday weekend when many Georgians are expected to be traveling on the first unofficial weekend of the summer.

Georgia State Patrol troopers and local law enforcement agencies will be working over the holiday weekend to prevent crashes through the enforcement of state and local traffic laws.

Their enforcement efforts made a difference as the number of traffic deaths during last year’s holiday weekend was 55 percent lower than for the same time period in 2017. According to the Georgia State Patrol, there were eight traffic deaths during last year’s 78-hour holiday weekend that began at 6 p.m. on Friday, May 25 and ended at 11:59 p.m. on Monday, May 28, compared to 18 in 2017.

While Georgia has one of the highest daytime observed seat belt use rates in the nation, more than half of the people killed in vehicle deaths in the state last year were not buckled.

Game wardens with the Georgia Department of Natural Resources will also be busy as the holiday weekend is also the first time many people will be on the water in their boat or other watercraft.

The DNR will be on Georgia lakes throughout the summer conducting safety equipment checks and enforcing the Georgia’s B.U.I. law.