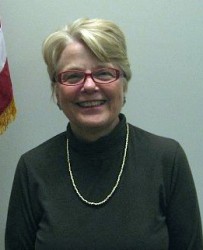 O’Dell made the announcement at this week’s Board of Education meeting.

O’Dell said it’s time to start a new chapter in her life and spend more time with her family.

“As you know, I don’t really have family here,” O”Dell said. “My husband passed away about five years ago and my parents have passed away since I moved here. My sister lives in Knoxville, my son and grandchildren live in Oxford, MS and a step-son who lives in Charlotte with his family. These are people who mean a lot to me and it is very difficult for me to get to see them.”

O’Dell took over the role of the role of school superintendent in 2006 at a time when the Franklin County School system was struggling academically.

During that time, she has seen the system struggle through enormous financial challenges with year after year of austerity cuts from the state that left teachers and administration working with shorter school days, consolidated elementary schools, decreased benefits and tight budgets.

But through it all, there have been significant academic accomplishments, such as a continually increasing graduate rate.

At the time O’Dell took over the role of school superintendent, the high school graduation rate was just over 50%.

Since then, the graduation rate has steadily risen and in 2014 it was 86%.

Thursday, she said that rate will likely be even higher when the 2015 graduation rates come out later this fall.

“When these figures come out for 2015, I think we will break into the 90’s,” she said. “And that will be just a fabulous indication of what a school district and a community can do, the progress they can make when they work together. I kids now, when they get to the ninth grade really do have the expectation that they’re going to graduate.”

But O’Dell gives the credit for the increased graduation rate to the teachers and staff who made it happen.

And she said now attention is turning to making sure those graduates are successful in their post-secondary careers.

“Once you start making the progress with graduation, then you start thinking towards what’s happening with the students when they leave here. So we started digging into that data and found that some students really struggle when they get to college or technical school and need remediation. So, we have increased our rigor of what we’re doing but put in a lot more support so kids can meet those expectations,” O’Dell explained.

O’Dell said she knows the school board is now in a position to to be manage the system successfully in the future.

“It’s given the board a chance to really be involved in what it takes to improve a school district,” O’Dell said. “I feel like that’s been the benefit of having a superintendent staying long enough. You really do get a chance for the board to understand deeply and really understand what’s needed. Now they know and I think they’ll go into the search much better prepared to find the kind of leader they want to take them to the next level.”

Dr. O’Dell plans to leave Franklin County at the end of the 2015-2016 school year.  As for future plans after retirement, O’Dell said in addition to spending more time with family, she plans to continue working to improving the public education system.